110 years ago, on the day of Manchester Uniteds first FA Cup victory, the Red Devils came out clad in white, with the red Rose of Lancashire emblazoned on their chests. Over a century later, adidas remembers the fateful day in which the red side of Manchester left their mark on Englands historic Cup competition. This black third jersey features a subtle rose pattern, commemorative of the occasion with bright red logos and crests that burst off the chest. Once upon a time, it was a symbol that united an entire countryside. Then, it was a symbol that lifted the club’s first FA Cup. What will it become during 2019-20 season?

It cant be a mistake to put the name of Harry Maguire, the worlds most expensive defender, on the back of your new United top.

• Soft rose pattern covers the kit and is symbolic of the Rose of Lancashire, a throwback to the rose that adorned the club’s kits on the day they won their first FA Cup title in 1909
• Small print on side paneling includes “110 Years, Manchester Rose, 1909-2019”
• Replica – built for the everyday supporter. Features a looser fit and standard fabric technology. Sewn or embroidered crests make these jerseys very machine-wash friendly
• Climalite Technology – lightweight and built for warm temperatures, synthetic fibers push sweat from the body to the fabric’s outer layer, keeping you dry and comfortable
• 100% polyester
• Officially licensed 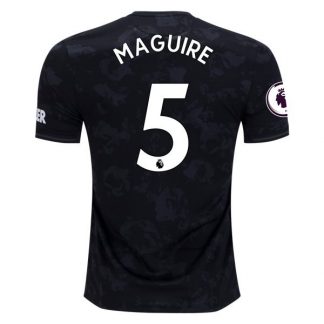