The 19/20 Manchester City Away Jersey falls right in line with an attitude that is fully rebellious and fully Manchester. In fact, it’s “Madchester.” Celebrating an era in the late 80s and early 90s known for its extraordinary cultural activity and drawing inspiration from that revolution’s hub – The Haçienda – this is truly an away top like none other. The bright and colorful mishmash of the jersey’s accents clash and pop against the otherwise solid black kit. Sleeve cuffs are opposing colors – one sky blue and the other peach – the Puma and Etihad logos offer dueling colors as well, and even the shoulder strips contrast, with one featuring The Haçienda’s iconic caution graphic. Finally, below the crest lies a reminder of the milestone the City will achieve this year; “125 Years” reads the text, commemorating City’s long tenure as a professional team. Disrupt the norm with this year’s City Away jersey. 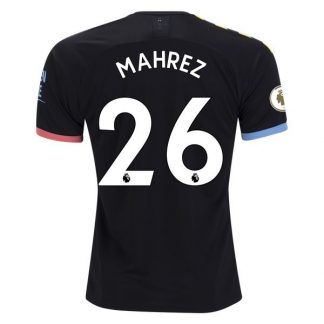