When Mikel Arteta became Arsenal manager in December 2019, he fulfilled not only his dreams, but also Gunners supporters’ hopes.

The Spaniard-turned-Arsene-Wenger-recruit-turned-Gunners-captain-turned-Pep-Guardiola-protégé has returned to The Emirates Stadium ready to imprint a new culture, a bold vision and a resurgence to the top in North London.

Join Arteta’s adventure and back the boss by wearing the No. 8 of his playing days on the first kits of his managerial era.

From 1991-93, Arsenal wore what has been famously dubbed the “Bruised Banana”” jersey. Made famous on the backs of future club legends such as Ray Parlour 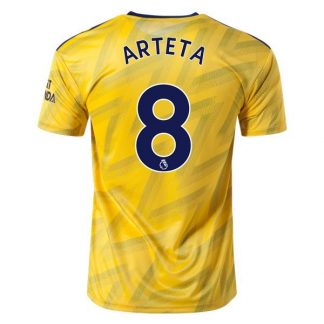