Dybala has won four league titles since joining Juve in 2015, with three appearances on the Serie A Team of the Year.

Show your support in a customized player jersey.

In a bold move from tradition, on the 2019/20 Juventus Home Jersey, has a half and half design, replacing the stripes for the first time ever. The white half and the black half are divided by a pink stripe, an original color worn by the club. Sleeves and adidas shoulder stripes are also half and half, with a solid black collar. 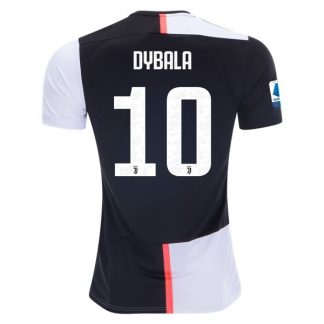