The Cameroonian striker paired with Ronaldinho in attack to win the 2006 Champions League, and later played alongside Lionel Messi and Thierry Henry to claim the title in 2009. In five seasons, he scored 130 goals in 199 appearances.

In 2019/20, for the first time in history, the Barcelona Home Jersey, will not have stripes. Blue and red checkers cover the front and back panels, with solid blue on the shoulders and sleeves. Red and yellow from the Catalan flag are inserted into the v-neck. 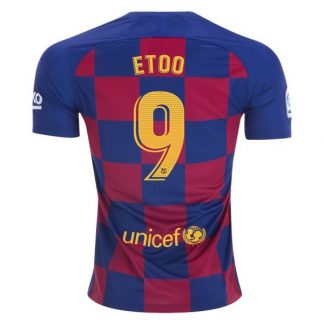