The likes of Ruud Gullit and Roberto Di Matteo will just about burst with pride when they look upon Nike’s new Chelsea Third jersey.

For those that remember away days in the mid-90s, the Orange Rush color adorning the sleeve and collar trim is pulled almost directly from that kit, the one in which an influx of world class international talent began to flood Stamford Bridge, paving the way for the European powerhouse we know today to flourish. The collar also traces its roots back to the same time period. The all-over jacquard pattern reads “CFC” with a beautiful matte shine finish that reflects in just the right light, and its typography is mirrored by fonts found in early 90s matchday programs, to boot.

Many modern jerseys brag about pulling from the past to define the future, but this 2019-20 kit takes the heroes and passions of the mid-90s Blues and weaves them into the very foundation of a truly memorable shirt. 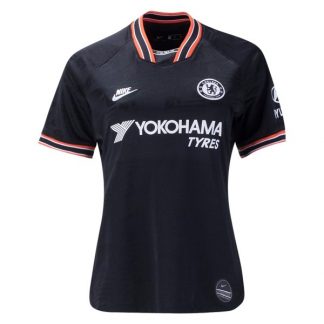